How Star Trek can show us the future of marketing 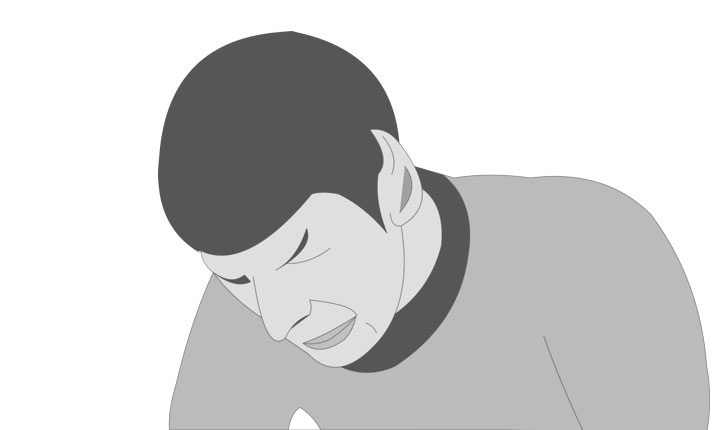 It seems that today’s marketers take Spock’s now-famous maxim as gospel. But are they making a mistake? Let’s take a look.

In the early series of Star Trek, you’d often see Spock and Kirk having philosophical debates on the nature of being human (or not) while playing a game of ‘Tri-Dimensional’ chess. The multi-tiered board first appeared on the show in 1961 and was shown in alternative, equally complex configurations from one episode to the next.

Around the same time, E. Jerome McCarthy published his seminal textbook ‘Basic Marketing: A Managerial Approach’, which heralded the decline of the “functional” school of marketing theory and focused on the central problems faced by marketing managers, and how to solve them. It’s most famous for introducing the “4Ps” model of the marketing mix (product, price, place and promotion). However, it also championed the methodical understanding of consumer behaviour as a basis for decision-making.

As marketers, we’ve seen our world change almost beyond recognition. The proliferation of channels, combined with our ability to run campaigns and conversations in real-time and in several places simultaneously, means that marketing now has more in common with Tri-Dimensional chess than the original 4Ps. Yet, McCarthy’s insights into the benefits of using research and segmentation to understand customer behaviour remain as relevant today as they did back then.

Which brings us back to Spock.

It’s easy to be side-tracked by “the few” versus “the many” argument, when what we really need to be focusing on is “the needs”.

As a marketing industry, we’ve been increasingly reluctant to address the few – the niche groups and smaller audiences – despite finally having technology at our disposal to reach them.

On one level, it’s easy to see why. Marketing budgets are tight and teams small, so a “needs of the many outweigh the needs of the few” approach can feel safer. We worry that by targeting smaller groups, we might fail to connect with everyone else.

Yet, this ignores the fact that our wider message may well be irrelevant to the majority anyway. “My messages aren’t landing but I don’t know why,” is a complaint we often hear.

So what’s the practical alternative? Maybe the unlikely pairing of Spock and McCarthy can show us the future after all.

But, let’s be honest, it’s really tough to do.

Pick a target group and talk to them. Most importantly, listen. Really listen.

Even if it’s only a few people, listening to what they have to say will surprise you. Their genuine needs and motivations are the key to unlocking inertia and giving you the edge over the competition.

Ready for the mission?

Previous Digital Dollar
Next A look in the rear view mirror
We use cookies on our website to give you the most relevant experience by remembering your preferences and repeat visits. By clicking “Accept”, you consent to the use of all the cookies.
Cookie SettingsAccept
Manage consent